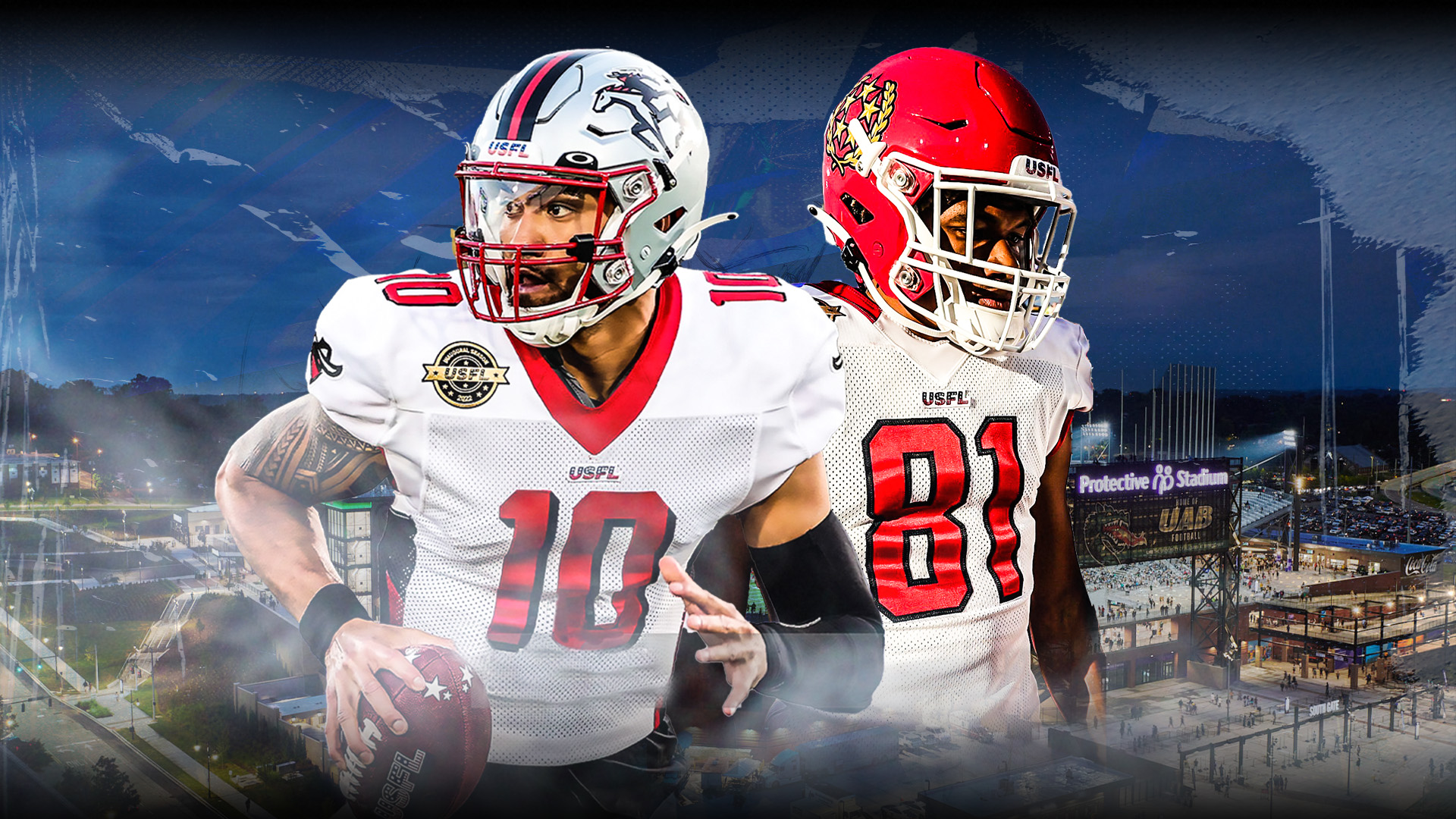 I want to make a note about a notable roster move that happened this week. The Pittsburgh Maulers have cut former starting QB Josh Love. In a corresponding move, the Maulers signed Vad Lee. Vad Lee just turned 29 years old, he is no spring chicken. What he is, however, is a recipe for DFS success for the Pittsburgh Maulers.

Let’s take a look at his college stats, courtesy of 247sports.

As you can see from these stats, he is an extreme, dual threat QB. He couldn’t hack it at Georgia Tech as a passer, where he was just God awful. Once he transferred to lesser competition at JMU, he became a stats machine. I fully expect him to get some work in Week 5 and probably steal the job from Kyle Laulette. In Week 6, he will likely be an option for us at QB and likely changes our perception of the Maulers completely. It is certainly something to keep an eye on.

Sloter threw the ball a whopping 43 times for 414 yards in a neutral game script in Week 4. The Breakers want to throw the ball and they’ve made that perfectly clear. Stop overthinking it and pivoting to other long shots. The Breakers once again have the highest game total of 36.5 in Week 5 and it’s not because of their opponent.

Cookus was largely unknown before last week’s victory over the Michigan Panthers. We knew the Stars wanted to continue to throw the ball and that played out even with them leading most of the game. Cookus threw the ball 30 times, completing 22 of them for 190 yards and 2 scores. Expect that to continue in their Week 5 matchup against the Stallions, a game in which they are 6.5-point underdogs.

Ellis now has back-to-back weeks with an elite workload. There isn’t much standing in the way of this continuing as he has played very well. He saw an 81% snap rate and ran a route on 66% of the snaps. He ran the ball 19 times for 104 yards, scored a rushing TD and saw 7 targets. Before this weekend, I viewed Ellis as mainly the ground contributor with Rose getting the air work. Rose only saw 2 targets compared to the 7 mentioned for Ellis. Fire up Ellis this week even if you stack the Breakers passing game.

Mark Thompson got stuffed in Week 4 by the New Orleans Breakers. He ran the ball 14 times for only 10 yards, but I think for this reason, it will suppress his ownership. He is the leading candidate in my opinion to lead the slate on rushing yards, and being a 5.5-point favorite against the Maulers, I think he will see the endzone. This biggest issue here is he gets next to no air work so this is a pure GPP play.

Colburn was active for the Stars in Week 4 and did eat into Terry’s workload a little. Terry still saw 65% of the snaps and ran the ball 11 times against Colburn’s 6. Terry also saw the ever so important air work as he saw 4 targets. I think with the Stars projected to play from behind, Terry is the way to go. He has a ceiling of double-digit targets that we’ve seen before.

Walker’s workload can’t be ignored. He saw 17 targets in the Week 4 loss to the Generals, bringing in 9 of them for 110 yards. He amassed an absurd 229 air yards, which led the entire USFL by 101 yards to the next closest (Taywan Taylor). The Maulers are likely to be losing again this weekend as they are 5.5-point underdogs. I do expect Bailey Gaither back, so that may pull some ownership away from Walker, but he is still likely the best raw play on the slate.

I’m going back to the well here with Adams. He is the WR1 for this team and my most confident play. He led the Breakers in targets with 9 and still had 99 air yards. The Generals are prone to big plays and I think the Breakers are going to take plenty of shots down field.

Gray was the favorite target for Cookus in Week 4. He saw 7 targets, bringing in all 7 of them for 70 yards and a score. He also led the team in air yards, with 49. I expect the Stars to throw more and it’s likely that Gray is the go-to target.

Cannella came in at under 8% owned in Week 4 and continues to offer an edge simply because he is a TE. He ran a route on 85% of the pass plays, saw 9 targets and accrued 125 air yards. He finished with 5 receptions for 82 yards. He consistently made contested catches and Sloter looked his way often when they needed a big play. The low ownership likely continues due his position and Cannella is one of my favorite stacks with Sloter.

As mentioned above, ownership will be suppressed just because he’s a TE. But he lines up in the slot most plays and is more of a large slot WR. He ran a route on 92% of the Stars’ pass plays and saw 6 targets. With the Stars being 6.5-point ‘dogs in Week 5, he should see another 5+ target workload.

The Gamblers are the best in the USFL with a +6 turnover differential. This contributes to why they are so bad, as they are 1-3 and have played 4 close games. They get the Maulers this week, who will trot out both Lauletta and Vad Lee. Lauletta is bad, Lee just joined the team, and this OL is bad. The Gamblers are also a 6-point favorite in this one.

This one will be contrarian as they are staring down the pre-season favorites to win the entire USFL in the Tampa Bay Bandits. The reality of it is, the Bandits just haven’t played well. Their offense can’t sustain any drives and they make mistakes on the field consistently. Their OL can’t create holes and I expect this to be a low scoring game.