Mark Andrews: Is he Worth It?

In 2021 we all saw Mark Andrews flourish as he finished as the TE1 overall. He far exceeded his ADP (TE5), passing Travis Kelce as the man at the top. After averaging 12.15 PPG over 14 games during 2020, Andrews finished 2021 with 301.1 total points (PPR), averaging 17.7 PPG, starting all 17 games. Andrews only had 4 games where he didn’t score double digit points and he was able to hit over 25 points on four occasions (career high of 41.7 in Week 5). Andrews netted a 24.4 PPG average in the last 5 games this year which is notable because Lamar was out for all 5. This five-game span was easily the best in the NFL for TEs. In perspective, the next closest was the 2021 projected number one, Kelce (18.4 PPG). How good is that run? Only three pass catchers averaged a higher PPG over that time (Kupp, Adams, St. Brown). From Weeks 1-12 Andrews accrued a PPG of 14.9 with Lamar Jackson and was the TE3 in PPG behind Kelce and Rob Gronkowski. So, this begs the question, with such a drastic difference in production with and without Lamar, is he worth taking as the top TE in 2022 and paying for in dynasty?

Let’s start by looking at his stats from his games with Lamar Jackson vs backups. 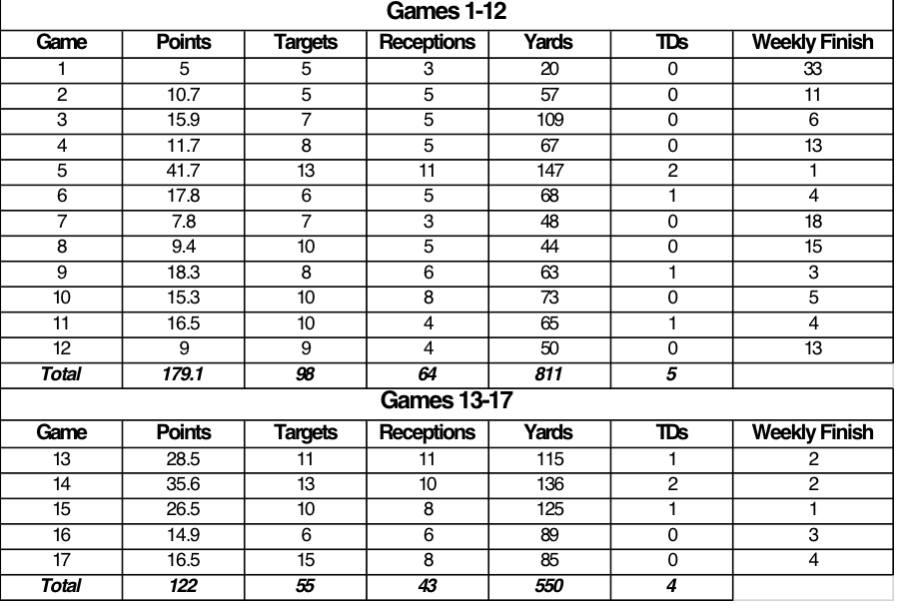 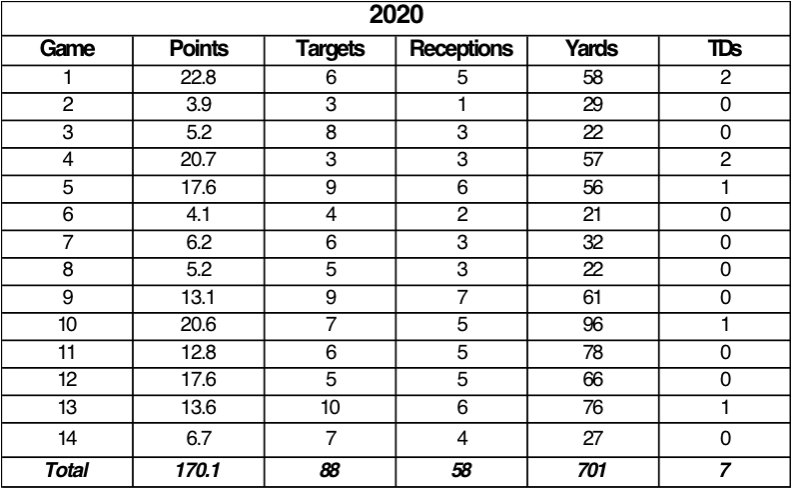 In 2020, Lamar Jackson averaged 25.06 pass attempts per game. This jumped up to 31.83 attempts in 2021. In the final 5 games of 2021, without Lamar under center, his replacements  averaged 36.2 APG. It is clear there is a direct correlation between the increase in passing attempts to Andrews’ volume and fantasy production. Why the increase in pass attempts in 2021 though? There are multiple reasons ranging from the Ravens losing stud RBs J.K Dobbins and Gus Edwards, to their All-Pro Left Tackle only playing 1 game, and to them losing their top 2 Cornerbacks on defense. The Ravens were forced to throw the ball more without a successful ground game and a defense that struggled.

Mark Andrews wasn’t as consistent as we remember during the time Lamar Jackson was healthy. He was rather boom or bust. He had 5 finishes inside the top 5 for TE’s but he also had 5 (!) finishes outside of the top 12. In all final 5 games of the season, Andrews was a top 5 TE with finishes of 2, 2, 1, 3, & 4. This was a hell of a streak during a fantasy championship run, and if you had him, it is what you remember him by. I am very adamant about you not letting this run influence your approach in 2022. Let’s take a look at his weekly finishes with Lamar and without. We need to remember that in 2022 Lamar will be behind center every week that he’s healthy:

Does everyone remember 2019 Tyler Higbee? I don’t think this is as drastic of a situation but the circumstances just won’t be there when the Ravens come back at full strength. In the last 26 games that Lamar and Andrews have played together, they are 18-8 and the Ravens are 0-5 without Lamar. They will want to play solid defense to keep opposing offenses in check while running the ball down the opposing defenses’ throats with a healthy JK Dobbins & Gus Edwards. This was made apparent with Ravens cutting ties with Wink Martindale (defensive coordinator), and make no mistake about it, he was fired. He was the most aggressive defensive coach in the NFL regardless of the personnel he had and the pressure didn’t show. It was an extremely tone-deaf take on his approach as it consistently put the team in a hole. Eric DeCosta (their GM) has put focus on their OL labeling it as their #1 priority for the 2022 off-season. I expect them to sign a top tier interior lineman as well as spending high draft capital at the position. With all of these things factoring in on the offensive side of the ball, quite frankly it caps Mark Andrews’ consistency and ceiling. He will undoubtedly be an integral part of their offensive game plan for 2022 but I don’t see a path to him becoming the TE1 again. There’s always that chance that Lamar gets hurt or something goes horribly wrong for the Ravens again but you don’t draft that way.

For me, there are just simply too many red flags pertaining to his volume in 2022. If he will be going in the top 2 rounds of 2022 fantasy drafts, I’m out. I think he should be in the exact same spot for the 2022 draft as he was in 2021. He should be going right around the end of the top 50 around rounds 4 and 5 behind guys like Kelce & Pitts.

In regards to his dynasty value, I would take what you are paying for Mark Andrews and bump up the extra late first capital to go get Pitts. Conversely, I see the gap between Andrews and Pitts being the same as Goedert to Andrews. I would save that value and go get Goedert, who I think is primed for a 2022 breakout. If you are drafting a start up, for me it is either buy Pitts or wait for the Goedert tier. Andrews is currently going inside the top 20 as the TE2 behind Pitts.